Li Shizhen first wrote about placenta as a medicine in the 1500’s when he compiled the first Materia Medica on Traditional Chinese Medicine.  Dried placenta has been used widely ever since for many different symptoms.

Placenta ‘augments the Essence’ in TCM.  Translation: Placenta makes greater/stronger the vital force of an individual. 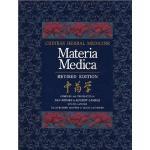 Oral administration of powdered Placenta Hominis to mice lessens the pathological changes from tuberculosis, even though the medicine increases the growth of the germ in vitro. It is thought that this occurs by an enhancement of immunological system. This medicine also has a certain inhibitory effect upon the artificial induction of ulcers.

Placenta Hominis contain a “urokinase inhibiting factor” and factor XIII, and therefore can be used for bleeding from factor XIII deficiency. It also enhances the healing of wounds.

Preparations of Placenta Hominis given to mice increase the duration of their maximal swimming times.

Placenta Hominis contains a globulin that has some effect, when injected intramuscularly, in the prevention and treatment of measles and influenza.

Point injection of Placenta Hominis into such acupuncture points as B-13 and S-16 of 8 patients with severe asthma showed good results in 7 cases. When there were recurrences, repeat therapy was successful.

In another clinical series, injections of a preparation of this substance were used to treat 47 severe and recalcitrant cases of chronic obstructive pulmonary disease with excellent result in 17 and significant improvement in another 24 cases.
No side effects were noted.

A powder made from sterilized Placenta Hominis was used in 30 Cases of Skin ulcers, within a few weeks.

Use in promoting lactation:

Powdered Placenta Hominis was used for 57 cases of insufficient lactation. Within 4 days, 48 Women had markedly increased milk production, with the remainder following suit over next three days.